For some kids at Fairview Lake YMCA Camps, it was their first time camping or shooting an arrow.

Camper Josh G., a fifth-grader from Monroe Township, NJ who loves video games and movies, was excited about sleeping in a tent for the first time.

Asked how he would describe his first-ever experience in the Environmental Trips for Challenge program at Fairview Lake, it was like the new card game he picked up at the camp Trading Post: there was a lot to learn at first, but he grasped it quickly.

“Like I was kind of nervous at first, but this was super cool,” he said of his week at camp.

Josh was among the seven kids who were part of the Into to Adventure and Pioneers camps during the first week of July. The two programs give boys and girls in grades 4-10 a taste of just about everything Fairview camps offer, with an emphasis on the outdoors. Some kids have spent multiple years doing ETC camps and for others, this was their first time.

If there’s one thing that the campers and staff agreed on, it’s that you don’t have to be a wilderness expert to have a successful week. You just need enthusiasm, flexibility, an open mind, and an appreciation of the outdoors. 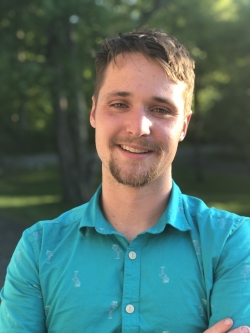 Campers are drawn to ETC for the connection with the natural world, and the community and camaraderie that comes with camp. The experience is meant to take campers outside of their comfort zone to prepare them for more challenging camp programs if they wish to pursue those, explains Brendan Rearer, ETC director.

While kids are learning about plants and wildlife, how to build a fire and pitch a tent, or how to use a bow, they’re also developing independence, learning the value of teamwork, and other important life skills. Parents in the past have said that following camp, their children became more independent at home, such as doing things without being told or packing better, Rearer commented.

On Monday morning, the first full day at camp, campers had to work together to complete obstacles like navigating through a web of ropes. That afternoon, they used their collective strength to hoist their fellow campers up in the air on the Giant Swing, which provides a safe, thrilling ride through the air, and a bird’s-eye view of the lake.

Throughout the week, campers took part in activities that included swimming, hiking, a walk through the swamp, fishing, fire building, horseback riding, target sports and stargazing. On July Fourth, they rode a boat across the lake, where they watched fireworks, and spent the night sleeping in tents, before hiking back to camp in the morning.

On Friday, the campers practiced using a bow to shoot arrows at targets, a staple activity at Fairview Lake YMCA Camps. Beyond just being fun, archery teaches patience and concentration, and improves muscle strength and coordination, according to sporting experts.

It’s invaluable lessons like these that stay with the kids long after camp.

“I think everything I learn here I always transfer to learning at home,” said Luke S., a fifth-grader from Maplewood. He described how he can now recognize plants like poison ivy, and understands that bears “only attack you if you attack them.”

The cabins where the campers sleep have no running water or electricity to support the primitive lifestyle the campers have adopted for the week. Instead, there are central bathhouses with showers. The outdoor living experience is part of what makes camp fun, Luke said, adding  “You get to adapt to your surroundings and make new friends.”

Senior trip leader Stefan Jandura said ETC shows kids “what the outdoors is,” and that’s something that sets ETC apart from other camps.

“Not a lot of other camps are able to stay and hike on the Appalachian Trail or canoe down the Delaware River, and that’s something that these ETC campers really value,” he said.

0 comments on "More than just the outdoors: How ETC camp instills life skills"